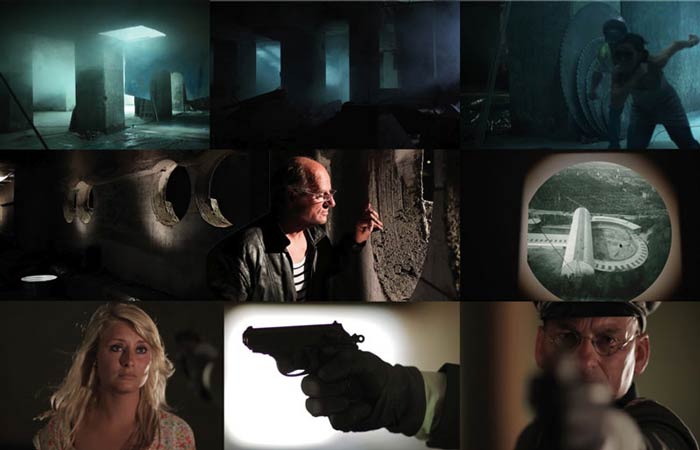 This is a futuristic 3-screen video installation by director Katrine Dirckinck-Holmfeld. It was launched in Aalborg (Denmark) Museum of Modern Art as part of the internationale billedkunstfestival PORT 20:10.

In 2033 the construction worker Ludvig is sent into space to repair the space station “9000 Aalborg”. Suspended in time between past and future, fiction and reality Ludvig recollects the memory of the site to change the future.

In 1933 Aalborg hosted a fairground for arts and culture to create optimism and hope, in times overshadowed by the great depression. But the optimism was short lived: Following the German occupation of Denmark, the fairground was turned into the headquarter for the German soldiers. In 1941 the buildings burned down to the ground and in post-war times Finish architect Alvar Alto erected the Museum of Modern Art, Aalborg on the site. The three-screen video installation is specially designed for the back wall of the outdoor amphi-theater behind the museum, designed by Alto.

Stills from the Film