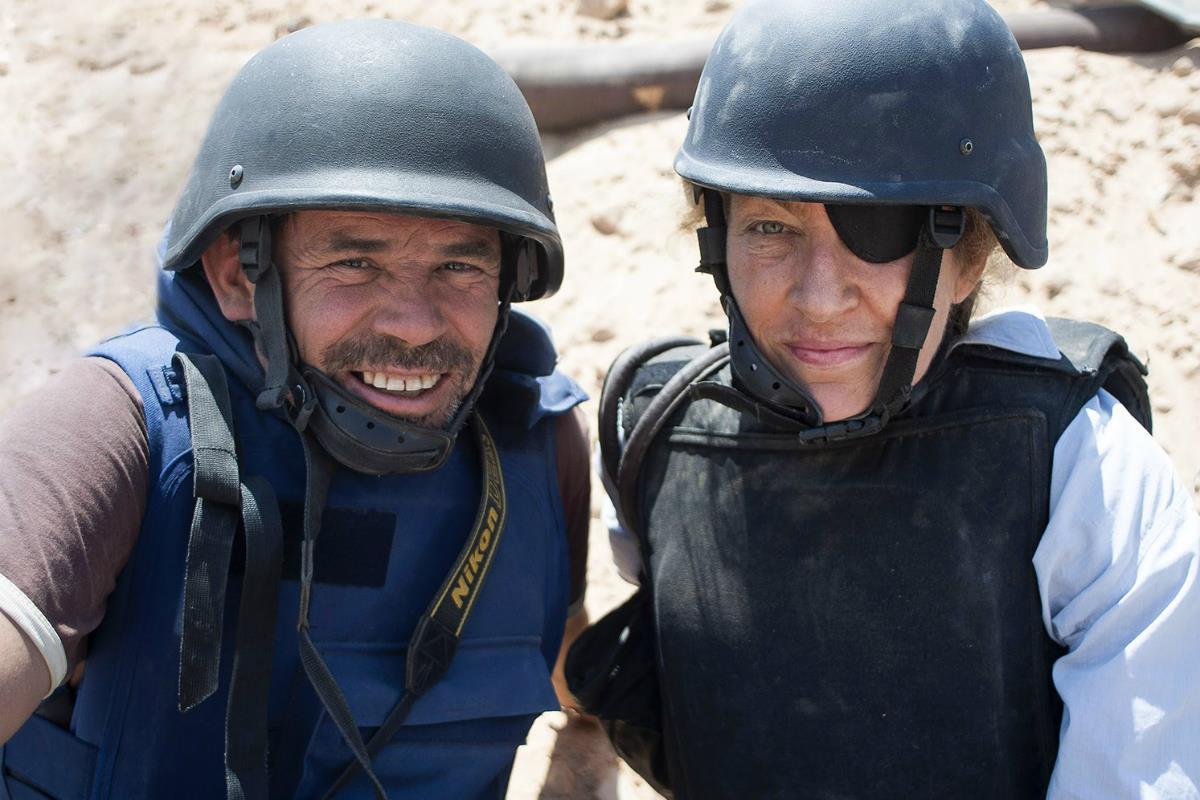 I helped with making this beautiful tribute film based on Paul Conroy’s book: ‘Under the wire’. The book is based on Paul’s experience in Homs 2012 and the unfortunate death of US journalist Marie Colvin and french photographer Remi Ochlik.

I worked with a closed  network of  Syrian peace/media activists who were present at the time in Homs’ media centre.  They documented this fateful date through different mediums.

I gathered unseen video footage and audio archives which became the backbone of a beautifully sculpted film by Christopher Martin who did an amazing job.

My collaboration with some of the most interesting people at Arrow Media made this journey one of great professionalism. Thank you all at Arrow.

Watch out for the film and try to catch it in the cinemas soon. (summer2018)

Here is an article in Screen Daily

The New York Review of Books