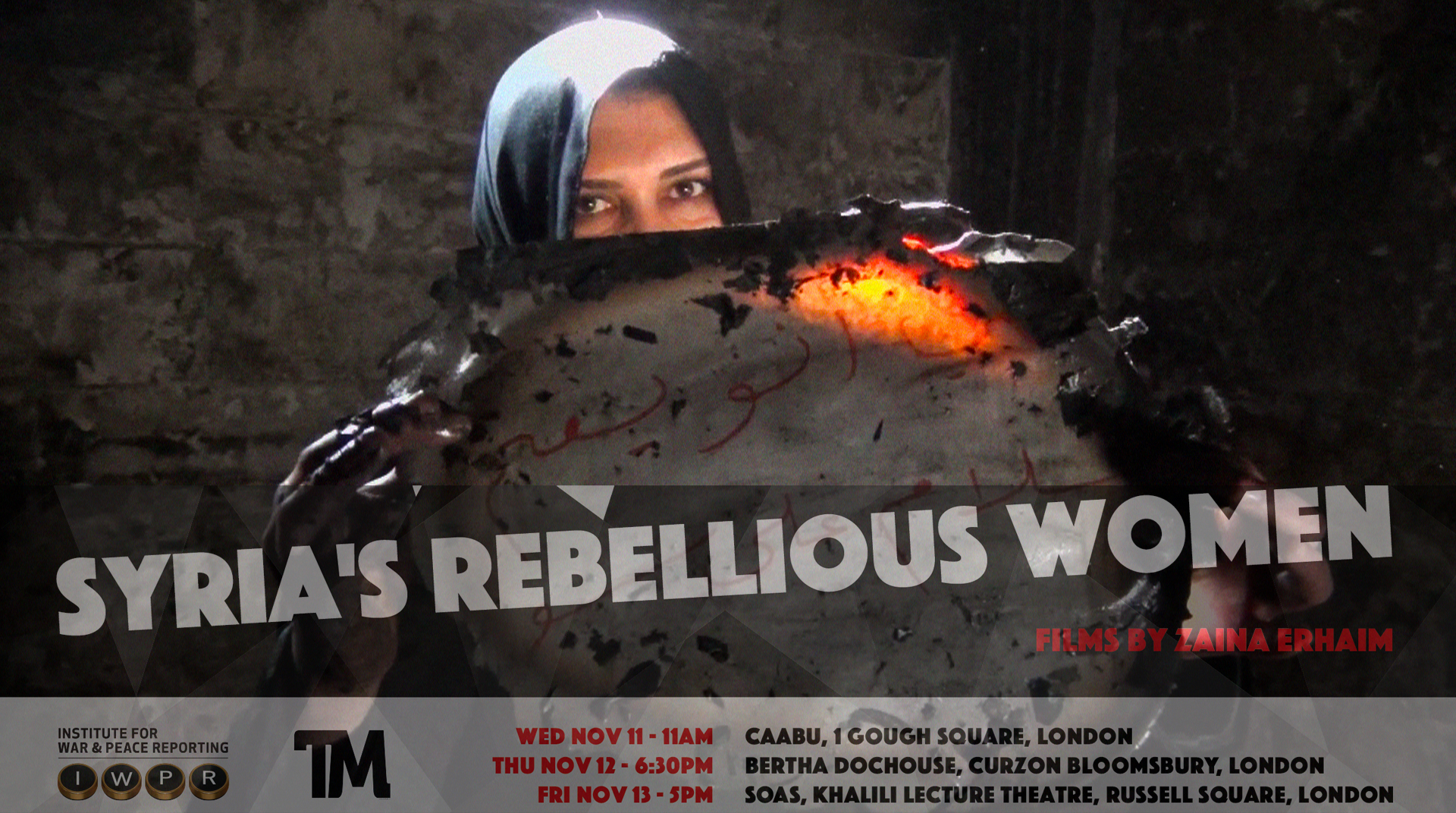 I had the honour to craft those 5 short films with the courageous syrian journalist Zaina Erhaim.

I hope we did them justice and got their voices heard.

Female activists who remain in rebel-held parts of Syria face numerous complex challenges.
As well as facing the constant danger of bombing by the Assad government’s air force,
these women have to battle the conservative traditions of a male-dominated society,
aggravated by a militarised environment from which many civilians have fled.

Facing restrictions on their movements, dress and behaviour, and often disapproval from their families,
they nonetheless continue to work both to document the war and to help people who suffer injury,
displacement and poverty.

In a series of short documentaries made over 18 months in northern Syria,
filmmaker Zaina Erhaim introduces four women from different backgrounds but
with the common goal of helping their fellow-citizens.

Waed left her family in a government-controlled area to move to rebel-held area of Aleppo,
working as a paramedic in field hospital and on the front lines.
When civilians started returning to Aleppo,
Waed pursued her work as the only female citizen journalist in northern Syria.

Zein was released from 14 months in a government prison to find her home completely destroyed
and her family displaced. She too became a paramedic,
working in the Dar Shifaa field hospital alongside her friend Ahed.

Known as “the troublemaker” by her friends, Ahed was at the vanguard of demonstrations in Aleppo,
against both Assad’s government and Islamic State.
Despite beatings and humiliation meted out by both forces, she continues to do relief work.

Community activist Ghalia has faced repeated attack in her home town in Idlib province.
Undeterred, she has founded a series of centres that provide vocational training to local women,
and remains committed to trying to improve their lives.

Screenings to be followed by a Q&A with the director Zaina Erhaim,
Syria project coordinator and trainer with the Institute of War & Peace Reporting (IWPR).