Organised by the British Council and the Serious production team, Music Matbakh (Arabic for “kitchen”) is an experiment in promoting cultural awareness. Directed by the creative Nick Hillel From Yeast Culture.

This ambitious project brought together some of the most accomplished and innovative young Arab and British musicians for a three-week residency in London in May 2007. In an intense programme, artists from Egypt, Jordan, Lebanon, Morocco, Tunisia, Syria and the UK  joined forces to create new work, drawing on a range of contemporary and traditional influences.


Article appeared in the Guardian : ‘Governments can go to hell’ 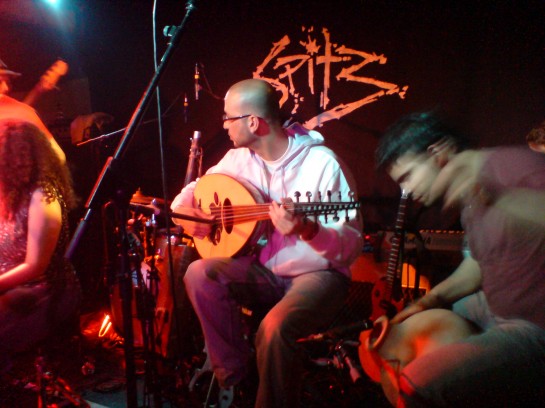