The attack on #CharlieHebdo magazine headquarters is a stark reminder that we live in a very dangerous world.

No one should be afraid to say what they want and express their views in their art the way they want. Growing up in #lebanon and around censorship cultures i learnt to grow out of it while in lebanon and grew my liberties once i moved to the UK.

My father left lebanon in 1978 because he was a political cartoonist and could not work in a country that was living a nasty civil / sectarian war which erupted first by killing the minds, artists and views of its people.

I was always taught to have my own opinion and not be afraid of expressing myself in my art and words.

This attack left the press hurt and it should be a reminder of all other journalists and artists who lost their lives worldwide.

For the Charlie Hebdo team : Sorry you had to die like that ! We are being surrounded by dangerous minds and we need to take care so we pave the way for a safer world.

It is not with violence that we change minds.

below some of my father : Mahmoud Kahil Cartoons on Freedom of Press and the way he resisted being silenced! 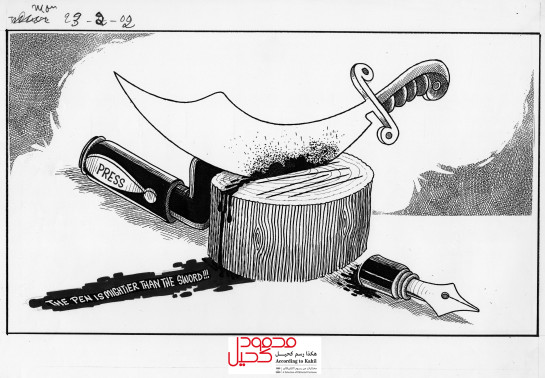 by MKahil : The pen is mightier 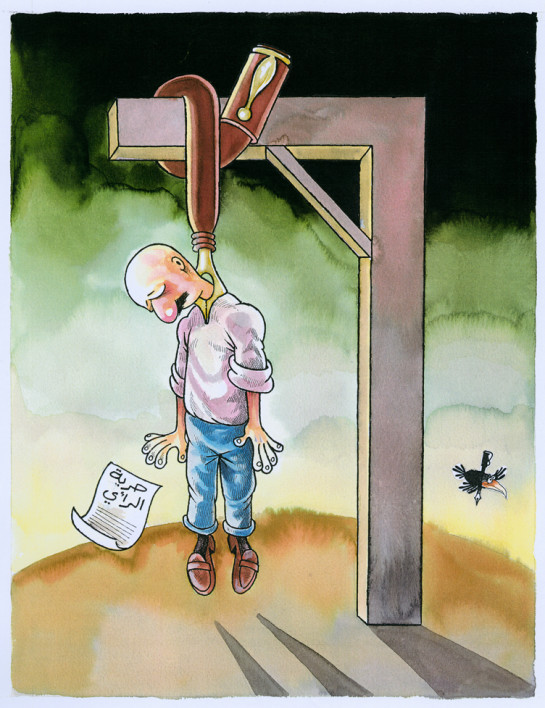 Freedom of the press by MKAHIL 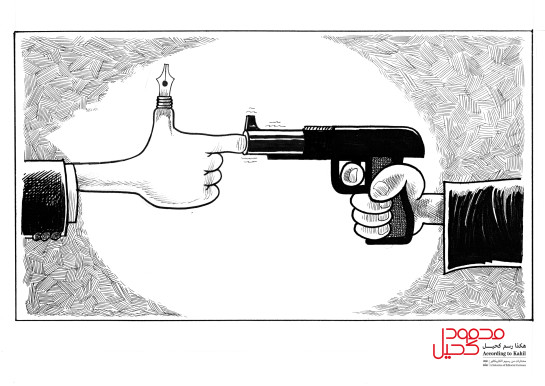 Free Press by MKAHIL made sometime in the 90’s